So now that Parse.com is gone, there’s still the option of using your own server w/ their open-source server code.

You can find info on setting that up on their site linked above. But this post is about setting up your Android Studio project w/ the Parse SDK. 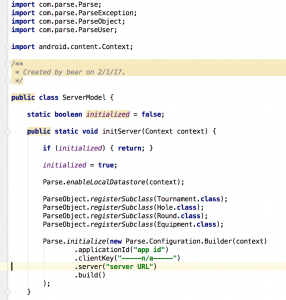 As you can see, I created a class to house some static methods including initializing the Parse server connection. The ‘initialized’ flag is to prevent it from happening multiple times in a given execution of the app.