I did an interview recently with hellotechpros.com podcast. Their “Saturday” topic is on Entrepreneurship.

If you’re painting a picture of a sunset and someone tells you to add a dolphin, does that person’s idea represent your vision? If not, Bear Cahill recommends that you thank them for the input and move on. Entrepreneurs have to strike a critical balance between building community and social presence, and staying true to the founder’s vision. Bear suggests that you surround yourself with like-minded people who “get you” and share in the vision to achieve success.

Bear Cahill has been coding since the age of 12 and professionally since 1993. He’s worked for IBM, Ericsson, Travelocity and most recently, for the last 8 years, as a freelance iOS developer. He has developed and contributed to dozens of mobile apps, is the author of “iOS in Practice”. and teaches iOS development to companies around the country. He’s also had his share of tech and non-tech related businesses ranging from greeting cards, children’s animation and donuts… square, baked donuts.

Here’s a list of their daily topics (he asked if I’d do another one and I’m trying to decide on a topic): 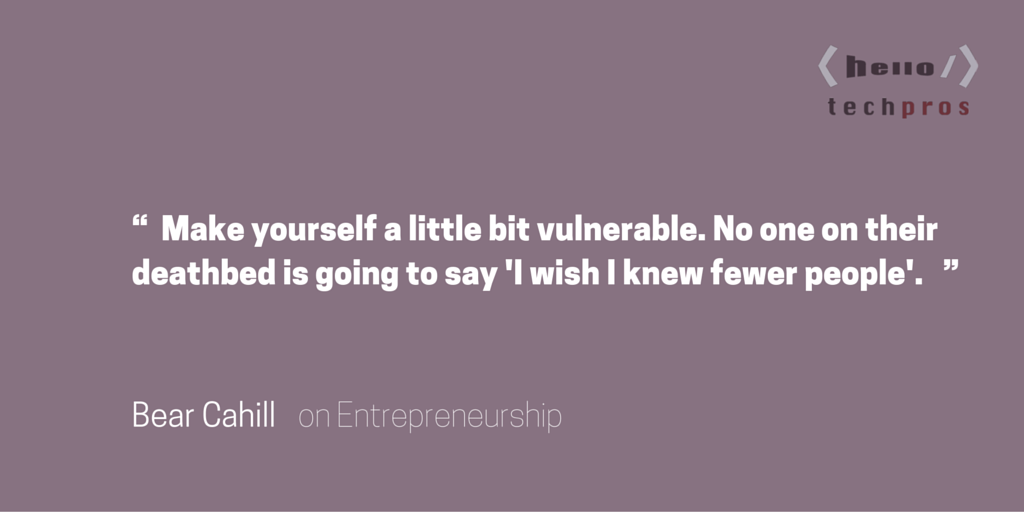